The Ethiopian Regiment Part I 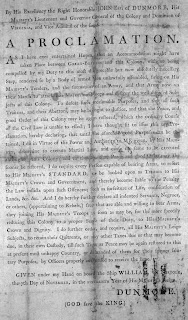 Signed Nov 7,1775 Dunmore's Proclamation would be the first chance of freedom for many enslaved people in 1775. Hundreds of men and woman took this opportunity and escaped their masters to join Lord Dunmore and make up the Ethiopian Regiment. The first black unit in the British army during the American Revolution. The Ethiopian Regiment was made up of over 300 former slaves including a man named Titus who had escaped his master John Corlies in New Jersey in hopes to reach Lord Dunmore and gain his Promised freedom. 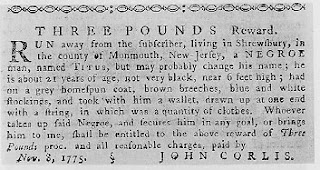 Titus made his way to Virginia and joined the ranks of Dunmore’s Ethiopian Regiment. They would see combat all though not properly trained to do so. The laws prohibited slaves from possessing firearms of any kind and a shortage of ammunition would cut back on any training or practice shooting. Most of the Ethiopian Regiment most likely would have never fired a shot until actually faced with an enemy.


In December of 1775 Lord Dunmore lost control of his forts and blockades that were holding the patriots back from entering Norfolk. As lord Dunmore planned his retreat to sea he ordered every available ship at his disposal to prepare to disembark and flee the area before the patriots advanced. Chaos was inevitable as British loyalists including the Ethiopian Regiment scrambled threw out Norfolk gathering belongings and trying to find space on Dunmore’s ships. Citizens of Norfolk panic not knowing how patriot forces will treat them when they took possession of the town and worried about the 300 former slaves roaming town most of whom were presently armed. When the ships were full only about half of the Ethiopian Regiment managed to find room on board. The other half were disarmed and left to fend for them self’s. (some returned  to their former masters, some fled for other areas, while others were thrown in jail) better fates then what lay ahead for most of the Ethiopian Regiment who made it on board of Lord Dunmore’s ships.

More to come in Part II
Posted by Unknown at 11:36